I was about five, I guess, when after passing a car dealership, I said to my mother: “I’m glad we’re not going there: we’d never find a place to park.” My eldest daughter told Santa the other day: “For Christmas, I want a boyfriend!” She is eight. Meanwhile, my youngest could not get over the fact that lollipops were “growing” in our yard (elves did that). There is a child I work with regularly who has experienced a deep trauma and who recently walked up to me and wrapped his arms around me for no reason. His mother told me that he has the two letters I’ve written him as gifts hanging on his wall. I don’t know about you, but the sheer innocence of all that makes my heart absolutely melt.

Today, a man who, for whatever reason, could no longer even see innocence in others walked into an elementary school, armed with multiple guns, and shot 20 beautiful children to death along with another 6 adults. Children who were hiding with their teacher prayed for their lives and said they “just want Christmas.” Writing that sentence, and knowing it really happened, makes tears well up again and roll relentlessly down my face because, even though those hiding children survived, huge chunks of their innocence undoubtedly did not. They won’t ever be the same. And 20 of their classmates are dead.

Yesterday, some of them rode bikes down a safe neighborhood street. Some of them took the training wheels off for the first time. Some of them learned to read words all by themselves. Some of them had elves on their shelves and most were counting the days til Christmas morning. Unlike adults who argue over money and relationships, these children argued with their siblings about whose turn it was to sit in the front seat of the car. They not only believed in Santa but, unlike many adults, they believed in people.

You see, that’s what innocence is: a complete unawareness of the kinds of evil people can do to other people. Innocence is simplicity and Andy Griffith. Innocence is what builds up confidence before the world knocks it out of us. Innocence is joy and hope and magic and ice cream.

When do we lose it, and why? I don’t remember ever being innocent. I don’t remember ever knowing what it was like to have it—but I absolutely cherish the stories my mother tells, like the crowded “parking lot” story, that demonstrate I was once innocent. The adult world makes me tired, wearied to my core, often sure I cannot take part in it another day. The innocence by which I am surrounded via my girls and the other children I work with is the only thing that keeps me plowing through.

I have been through a lot. I really have. My father was in and out of jail. I know what it is like to be searched just so you can sit across from someone for an hour. I was violated. At 32 years old, I have already been through 4 surgeries, one of which was to remove cancerous nodules. I have hurt. And I have clearly seen evil—true and unadulterated evil. And yet, when I look upon the face of a child, the innocence there makes my heart turn flips. It makes me want to gather it up and wrap it in an impenetrable bubble. The absolute last thing I want is to hurt it, and I just don’t understand how someone can take their own pain and anger out on innocence — the face of the very thing they miss in themselves.

It is almost Christmas, the happiest day of the year, and one of the most sacred to me. And yet, right now, all I can think about are the 20 faces of pure innocence that won’t wake their mothers up at the crack of dawn to open presents. All I can think about is a verse in a song that says: “A penny for my thoughts, oh no, I’ll sell for a dollar. They’re worth so much more after I’m a goner and maybe then you’ll hear the words I’ve been saying, funny how when you’re dead, people start listening..”

I want to know what those babies thought, and what they wanted for Christmas. I want to hug them, and their families. I want to offer words of comfort and yet I have none because the loss of innocence is so monumentally horrific that there simply are no words for it. There were more victims today than the 26 people who lost their lives. How many other children hid in terror and won’t ever be the same? How do you trust anyone ever again? And did that gunmen fully comprehend what he was doing, and all that he was killing? Did he understand that, ten years from now, there’ll be a little girl who won’t ever marry because she can’t trust a man won’t hurt her? Did he fully understand that one of his victims could have one day discovered the cure for AIDS or homelessness? Did he know that one of his victims loved the same super hero that he had not so long ago? Did he realize that he wasn’t only killing the kids but also countless dreams and hopes of their families? We listen, we absorb a message, when people die but that doesn’t bring them back. We learn to stop bullying after a bullied kid goes on a murder spree–but we still lose the ones lost. Are today’s lives not as important as tomorrow’s? 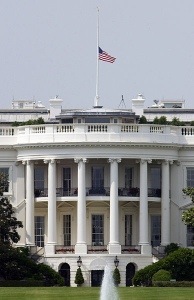 In the end, though, what I see is a faith that cannot be smashed. You see… A candle still burns. I can’t bring them back, but our flags are lowered at half staff and I will remember them. I didn’t know them personally but I know they had something I don’t: innocence. I didn’t know them personally but I know what innocence looks like. I know that it gives us hope. Nothing in this world is as motivating as love for a child. Nothing inspires hope in the future more than a child.

Some of us get angry over the loss of innocence and some of us just weep. All of us look at the nearest child and forget ever being irritated or angry with him because, after all, a messy room is nothing but a reminder that he’s still a child. Philosophies and all the best self help books out there all amount to one thing: love your children. We’re not raising children, we’re raising adults, after all. We can help them become guardians of innocence or our lack of attention or focus can help mold the next school shooter. Love your children, and make sure they know you love them, because one day they might not be sure anyone else does.

Flags are at half staff. Memorials are being held. Time will pass. But etched forevermore in our hearts and minds will be the 20 children who are now receiving comfort from Jesus Himself. All the innocence of a classroom has been taken from this world but their memories will never be gone. They danced. They sang. They cried. They wanted candy at the store. They loved sparkly, princessy things and sports. And the story hurts us not just because their lives were cut short but mainly because they mattered as people; they influenced lives and their hugs were always among the warmest, most important of their families’ lives. They weren’t just kids–they were important Americans and I don’t feel as safe without them here.

← The Magic of Christmas Rabbit Holes →