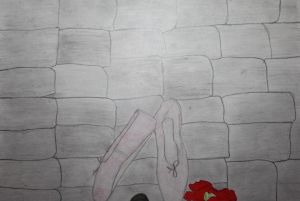 Dance For Me is the new novel by award-winning author Tiffini Johnson.   Eleven-year-old Maelea is an average child living in Anlong Veng, Cambodia.  Her days consist of fishing with her father in the Mekong River,  watching after her sister Srey, helping her mother cook and joyfully dancing around the hut.  When Srey becomes ill with dengue fever and the family worries she will die,  Maelea’s father journeys to the city in search of help.  He returns with a doctor and a mysterious woman whom he tells Maelea she will now work for as a domestic servant.  Her father and the woman promise Maelea a door to a better future, including school.  Instead, Maelea finds herself trapped in brothel, forced to sell her body up to sixty times a night, endure unimaginable torture and isolation for two years until one horrific act of terror becomes an unlikely saving grace.

Dance For Me is an honest and compassionate look into child sex trafficking.  It will shock you, it will anger you, it will sadden you and it will inspire you to act for those who cannot.  Dance For Me is 276 pages long and will be released on  January 1, 2014.  It will be available nationwide at retailers, Amazon and on Tiffini Johnson’s website,  www.tiffinijohnson.com